Greenesha, 2012 - Celebrating the Ganesha festival in an eco-friendly way

United Way Mumbai celebrated the Ganesha festival through various initiatives to spread awareness about its impact on the environment if celebrated responsibly.

Putting up informative boards at Ganesh Pandals
Given the popularity of the festival, high footfall at various Pandals and immersions sites are witnessed. Such gatherings are vulnerable to incidents such as overcrowding, stampedes, casualties to the devotees, fire occurrences at the Pandals. To tackle such situations, it is imperative to educate the visitors to these Pandals and make them aware of the dos and don'ts to be followed during emergencies. For this, UWM partnered with the Bruhanmumbai Sarvajanik Ganeshotsav Samanvay Samiti, which is the city wide federation of all Ganesh Pandals in Mumbai, formed in collaboration with MCGM. Informative banners were put up at 200 major Ganesh Pandals of the city which displayed vital information and emergency contact numbers in times of crisis. 50 student volunteers from Valia College, Kamla Mehta and Kirti College played key role in reaching out 200 Ganesh Pandals and distributing informative banners to all these Ganesh Pandals.

Clean Up Awareness Drive - Nirmalya Collection During Ganesh Immersion
The Ganesha festival generates Nirmalya (Holy waste including flowers leaves etc.). As a part of the festival, Ganesh Idols and Nirmalya are immersed into the water. Nirmalya immersion creates water pollution and destroys aesthetic beauty of beaches. UWM mobilized over 110 student volunteers from Valia College, Kamla Mehta, Kirti College and Sydenham College of Commerce and Economics to carry out post immersion cleanup drives at Juhu Beach and at Shyamnagar Lake in Jogeshwari East in Partnership with the K/West and K/East wards of the MCGM. This involved cleanup drives all along the seashore, and one-on-one interaction with visitors on the beach to sensitize them on the importance of adopting eco-friendly measures for maintaining cleanliness on the beach. The volunteers joined hands with the municipal officials and helped them extensively in clearing away the holy waste and the idols that had cluttered the seashore. 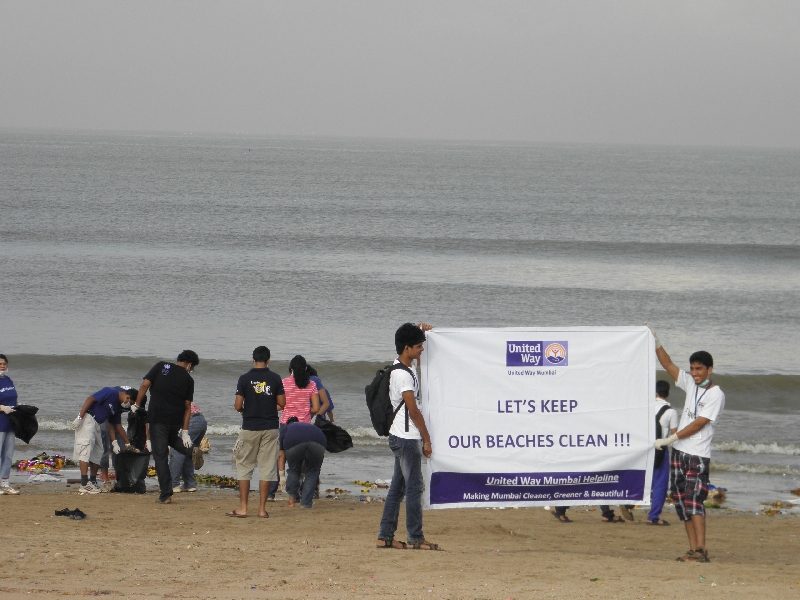 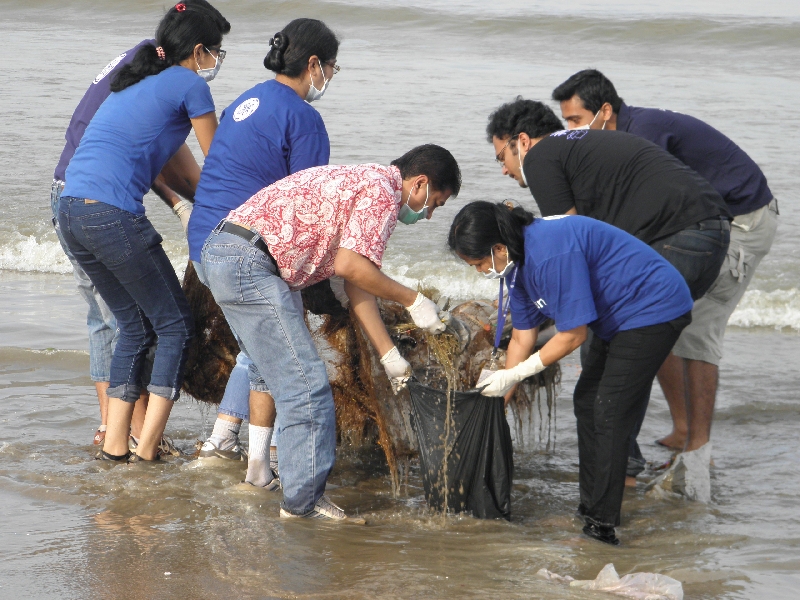 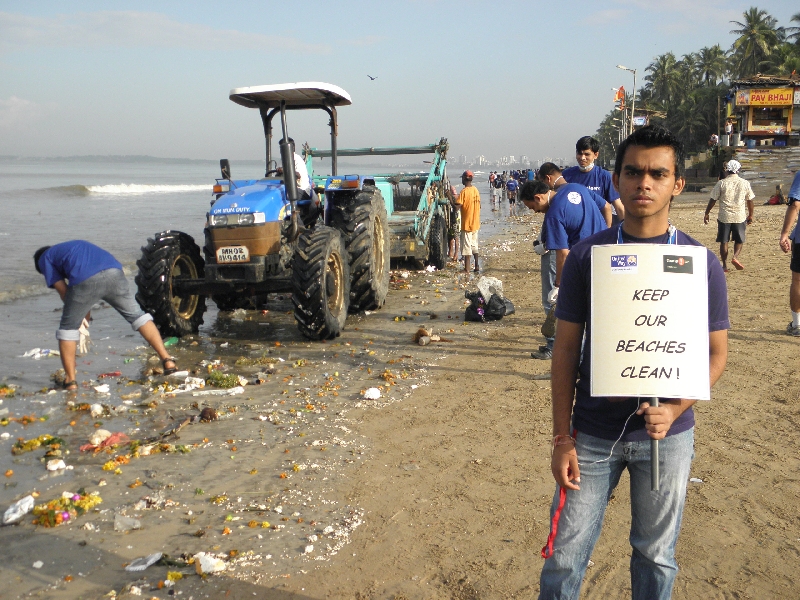 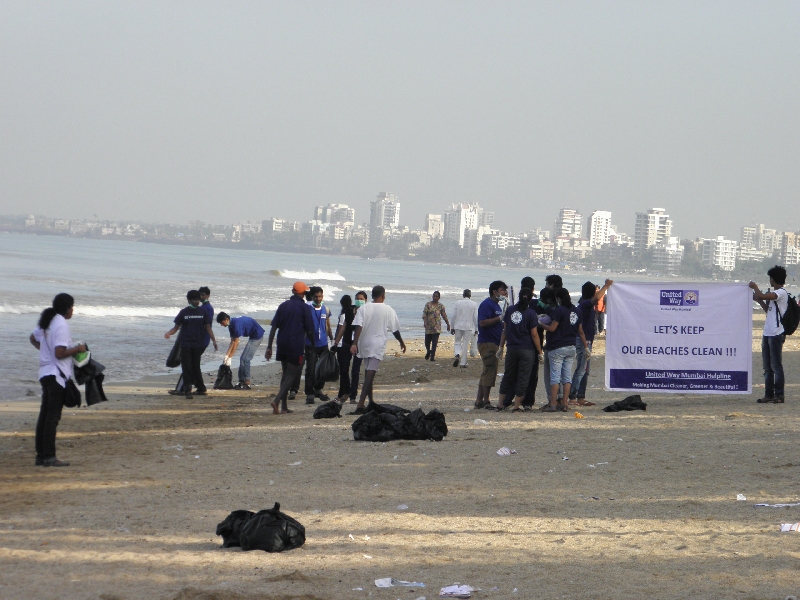