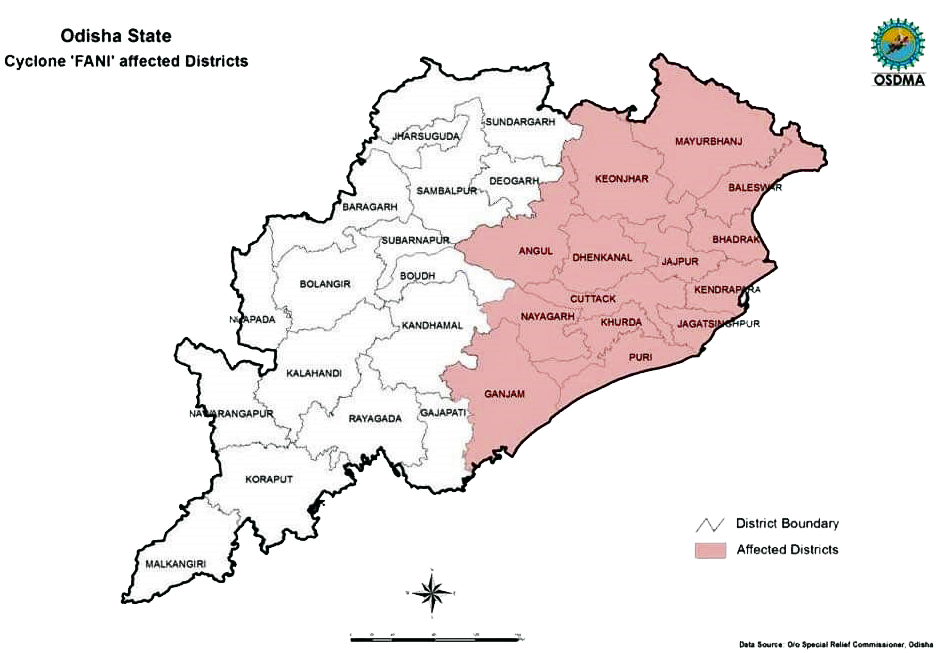 Extremely Severe Cyclonic Storm âFaniâ ravaged the states of Odisha, West Bengal and Andhra Pradesh on the 3rd and 4th  of May. With wind speeds reaching up to 205 km/h, heavy rains and flying debris have battered the coastal belt of Eastern India. Cyclone Fani is the worst India has seen in the last two decades, second only to the Odisha super-cyclone of 1999.

Over 16000 villages have been impacted. With the rising death toll currently recorded at 64, there were as high as 14 million people in the path of the cyclone who have been affected in varying degrees.

Over 1.5 million people have been evacuated from vulnerable districts and are being housed in close to 9000 shelters in schools and government buildings. 5,000+ kitchens are operating to serve people in these shelters. The damage caused to the physical property is very severe with 1000+ public health facilities, and 5700+ school buildings being damaged. Over 5 lakh houses have been damaged and about 5600 km of roads have also been affected.

Our teams are in close contact with local administration, on-ground partners and multistakeholder collaborations such as the Inter Agency Group of Odisha for getting timely updates and insights on the needs on- ground. As the impact of the disaster unfolds, some of the immediate requirements on ground include the following: 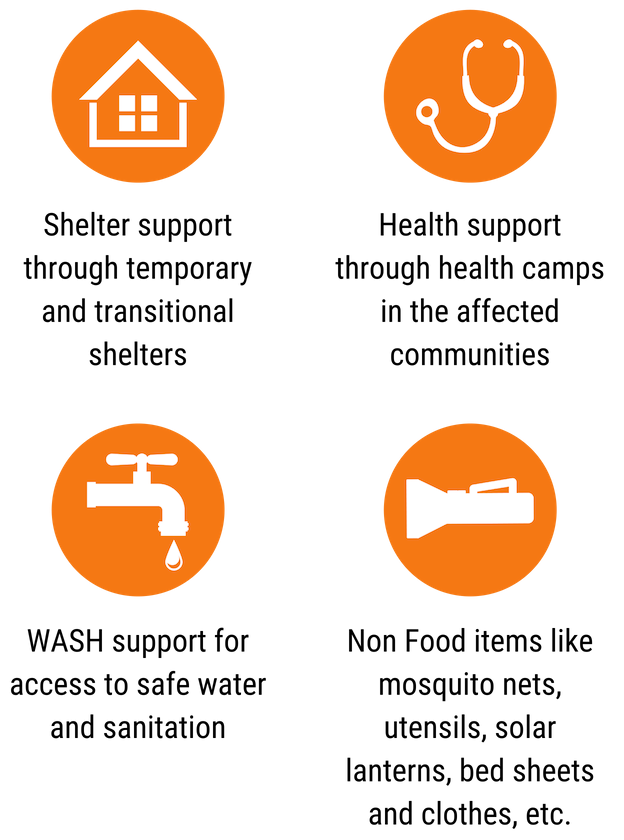 LET'S COME TOGETHER AND STAND #UnitedForOdisha
The United Way network in India is committed to supporting affected communities for immediate relief as well as mid term and long term rehabilitation.  In this hour of solidarity, we ask you to join forces to be #UnitedForOdisha. Please donate generously to United Way's Disaster Response Fund for Cyclone Fani. All donations in India are eligible for tax exemption under section 80G of the Income Tax Act.

For a detailed proposal, and to know how your company can be involved (including dedicated pages for employee giving), please write to sanaa@unitedwaymumbai.org

Donate an amount of your choice

We wish to thank the following contributors

By accessing, browsing and using this website of United Way Mumbai ('United Way Website') for J.P. Morgan Collection Drive, the user and/or employee of J.P. Morgan India entities ('JPM') hereby accepts and undertakes, without limitation or qualification, the following:

* Some donors who choose to remain anonymous are not listed.